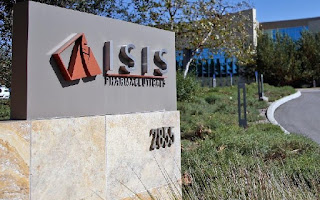 The group of companies Isis Pharmaceuticals of California, which specializes in the production of drugs for treating rare diseases, announced yesterday that he changed his name to avoid any association with the organization of the Islamic State, which is often referred to in the United States of America as Î™SIS.
The Isis Pharmaceuticals renamed Ionis Pharmaceuticals, stated the group in a Press release issued. “We decided to change the name of our group because when the world sees or hears our name, we want to connect us with the drugs we manufacture, which save lives,” said the general director of the Lynn Î Î¬ÏÏƒÎ±Î» in a Press release.
After the change of name of the group, the shares of the group are listed in the index of Nasdaqâ€” will now have a distinctive title the acronym IONS.
The group, which has a turnover of 200 million dollars, began to examine urgently the change in its name after the attacks in Paris in November. “After the tragedy in Paris, our name became a problem. A lot of people connected with the terrorist organization ISIS,” he explained to afp a spokesman of the group.
The group, which was founded in 1989 and is based in Carlsbad, California, is known for the drugs manufactured for the treatment of cancer, cardiovascular diseases, but above all of various rare diseases.