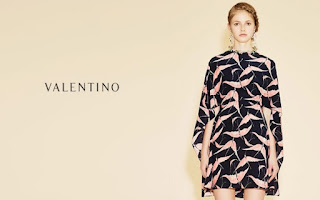 Rumors that the well-known house of luxury species, “Valentino” is preparing to… come out in the market in search of capital to flare up the last time, however, such a scenario contradicted by cycles of the company argue that the “Valentino” is not close to the to proceed to ipo.
The rumors started when there were information that the company owner of the fashion house, Mayhoola Investments, which is based here in Qatar, “he called the banks to get advice on the introduction of the house in the stock market”.
“The process has not started”, notes a source of the house, in accordance with WWD, and stresses that “it has sent a letter to a bank, and nor have there been contacts”.