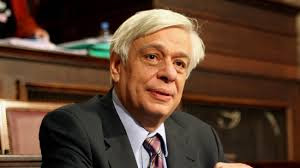 My commitment to quit smoking, he took in the sight of the students…
the President of the Republic, Prokopis Pavlopoulos, welcoming the start of the 6th panhellenic conference “Education for a world without smoking”, the building of the ministry of Î Î±Î¹Î´ÎµÎ¹Î±Ï‚.
“This time, in the 65 years of my life, I’m desperate efforts and I’ll be able to quit smoking. By making an account, I’m trying to see what he offered me all these years. I can assure you that it is only problems, fortunately not fatally, and left me with the habit,” said the President of the Republic addressing the approximately one thousand students, found today in the ministry.
Mr Pavlopoulos called it a “psychological myth” that smoking provides a way to smokers in difficult times and called on students who smoke to show the strength and will to quit and to continue in their life with their own forces.
In addition, the minister of Î Î±Î¹Î´ÎµÎ¹Î±Ï‚, Research and church affairs, Nikos Filis, pointed out that the ministry not only deals with the education of the pupils, and their treatment, and habits and their health. “The health and life over profits. Health is more than the profits,” said mr. Friend, and welcomed the “systematic”, as he said, attempt of George ÎœÏ€ÎµÏ‡ÏÎ¬ÎºÎ· and the research of the laboratory to inform the students about smoking and its damaging consequences.
For his part, George ÎœÏ€ÎµÏ‡ÏÎ¬ÎºÎ·Ï‚, internationally renowned researcher in the field of pharmaceutical medicine and benefactor in charity work in Boston, US, stressed that young people should understand the dangers of smoking and noted that “today’s cigarettes are not like those of the past, as it is made so that giving users”.
“To ask. To ask questions to learn what you have to experience” it urged the students mr. ÎœÏ€ÎµÏ‡ÏÎ¬ÎºÎ·Ï‚.
Then, the President of the Republic awarded prizes to students from all over Greece to the works-comic that they made.
In particular, the first prize for elementary schools took the elementary school of Vamvakopoulo of Chania, followed by the 23rd primary school of Serres and the elementary school Î¦Î¹Î»ÏŽÏ„Î¹Î±Ï‚ Pella. In high schools, excelled the 2nd high school of Megara, and followed the New School – a Private high school of Argos and the 3rd high school of Amaroussion. Finally, from the high schools, were awarded the 1st EPAL and Ioannina, 3rd EPAL of Pireus and the 2nd LYCEUM of Ag. Demetrius.
Then followed presentations of education programs for primary and secondary education from the schools that attended the event, as well as a concert of the music high school of Alimos, athens.
It is noted that the national conference will conclude on 11 December with the ceremony of the presentation of the George ÎœÏ€ÎµÏ‡ÏÎ¬ÎºÎ· honorary doctorate of the Medical school of National and Kapodistrian University of Athens.
Source