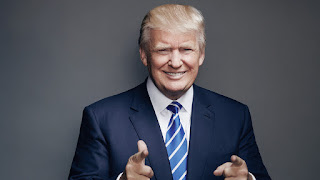 More than 35,000 British…
have signed a text protesting for the ban of entry in their country of Donald Trump, after his proposal to ban entry of muslims in the United States. The british ministry of the Interior has the authority to prohibit the entry into the country in people who have been involved in what the government describes as non-acceptable behavior.
In the past, been refused entry to the country to persons considered to be Ï…Ï€Î¿ÎºÎ¹Î½Î¿ÏÏƒÎ±Î½ violence between different communities. Until this morning, the text had gathered more than 35,000 signatures and the number is growing rapidly.
The government responds to all of the texts they have gathered 10,000 signatures, while in the case of a concentration of 100,000 signatures the matter could be introduced for debate in parliament. A representative of the prime minister said yesterday that David Cameron believes that the comments of the Trump “to cause discord, it is annoying and just plain incorrect”. Britain is inhabited by a muslim community of 2.7 million people. The british government has stated that tackling extremism is one of the critical battles of this century, and announced a strategy to combat the ideology promoted by the jihadists of the Islamic State, al Qaeda and other extremist islamic organizations
Source