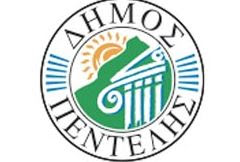 In response to the relevant publication of the “Penteli in Action”, by the Administration of the Municipality highlighted the following…
– The Municipality has secured projects the proper functioning of the schools.
2015 given to the Primary School Committee, a total of 153.783,70â‚¬ compared to 134.118,50â‚¬ in 2014 and in Secondary 81.589,12â‚¬ compared to 96.479,07â‚¬ (good management resulted in a saving of resources, without problems arise).
– The Municipality took over debts of D.E.K.The. in previous years, some of them, but -quite significantly – not from Hives, but from the Municipal Community of Nea Penteli (E.FOD.FROM. â€“ High School Of Nea Penteli).
– The income from the F.The.X. (tax on electrified sites) is very low, covering only about 60% of the actual cost of power consumption. The remaining percentage covers the Municipality of cut other costs, with a rational way of managing it. It was a political decision of the Municipal Authority in difficult circumstances not to increase the F.The.X. and impose any additional burden on the citizens.
– The Municipality does not spare funds for schools.
This year, in 2015, in addition to the grants of school committees, staff of the Municipality undertook the implementation of a series of projects, such as insulation, repair electrical and plumbing as well as carpentry.
– On school boards, for the year 2016, will be given regular grants increased by 20% compared to 2015.
– In addition, for 2016, provided interventions in schools value of 70.000â‚¬, based on a study prepared by the Technical Service of the Municipality, and which relate to works insulation, painting and plumbing works. These amounts are given in addition to the regular grants to the school boards.