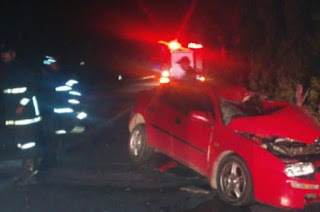 A man died on the asphalt of Chania, growing up in the black list of the victims of road traffic…
One is a man, 40 years old, which is about at 18.30 was the national road of Chania – Kissamos, at the height of the junction of Platanias. Under suspicious circumstances, his vehicle collided head-on with an oncoming truck. The collision was so severe that the 40-year-old was trapped in his vehicle while his wounds were overwhelmed with the result to leave the last breath. At the point an ambulance was called the EMTS and the fire department in order to extricate the unfortunate driver of the sheet
The AMBULANCE was received and it was carrying the 40-year-old man to the hospital of Chania, but it was already too late.
It is worth noting that some time after, about the same point, happened a second car accident, but fortunately, without the heavy injury of those involved.Source