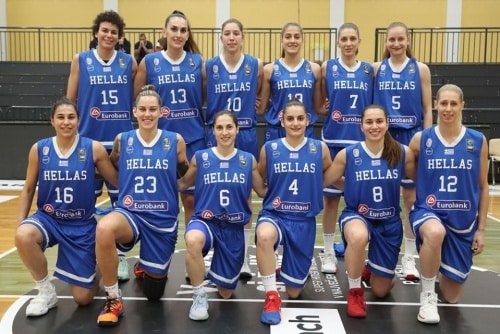 The national women’s basketball team suffered its second consecutive defeat in an equal number of matches at Eurobasket as it was defeated 85-51 by Serbia.

Following the defeat by Montenegro in the premiere of the Eurobasket women 2021, the national team suffered a heavy defeat by Serbia, 85-51, in the 2nd day of group B, whose matches are being held in Valencia.

After the 13-17 of the 1st period, the Greek internationals scored only 3 points in the 2nd period (3-23 the individual score) and the 16-40 of the half was irreversible.

The only double-digit for Greece was Artemis Spanou with 10 points, while Eleni Bosgana added 9 points. Anna Niki Stamolabrou did not play due to the discomfort in the middle. From Serbia, the top scorer was Alexandra Crvedakic with 13 points, while Diana Boutulija scored 11 points.

On Saturday (19/6) there is a break in the program, while on Sunday (20/6, 19:00), the national team will claim its first victory in the tournament against Italy.