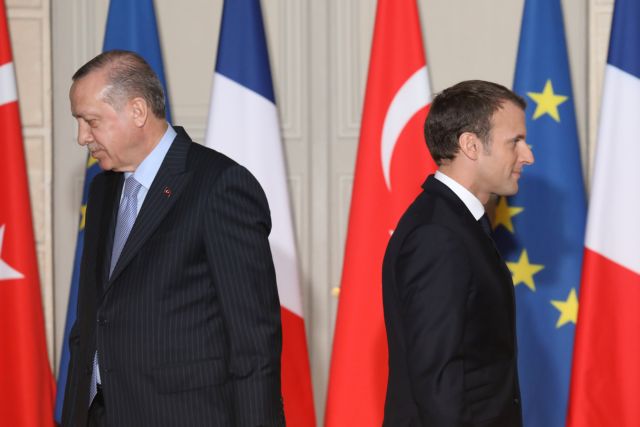 epa06418866 French President Emmanuel Macron (R) and Turkish President Recep Tayyip Erdogan greet each other during a joint press conference at a joint press conference at the Elysee Palace in Paris, France, 05 January 2018. Erdogan will attempt to reset relations with Europe at talks with Macron in Paris on January 5 that are likely to be overshadowed by human rights concerns. Erdogan is in Paris for a one-day visit for bilateral talks. EPA/LUDOVIC MARIN / POOL MAXPPP OUT

“There is a kind of verbal ceasefire. It is already something, but not enough “, said Lentrian, estimating that the bilateral relationship is now” in a recovery phase “.

“A verbal ceasefire does not mean action and we expect action from Turkey on sensitive issues,” especially in Libya and Syria, but also in the eastern Mediterranean and the Cyprus issue, he added. “We will see if President Erdogan has changed in anything more than words, if he has changed in deeds.”