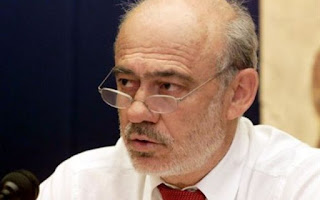 Writes the Violence Fun
The former secretary of state for Sport and former member of PASOK, Giorgos Lianis not unable to cope with 1,500 euros per month, as revealed…
“I can’t live with 1,500 with the life that I do,” he said in an interview he gave to the MEGA and it was the morning of the Third.
This is an approximation of the net amount to be received by the retired members in accordance with the information given recently in Parliament the deputy minister of Finance, Giorgos Î§Î¿Ï…Î»Î¹Î±ÏÎ¬ÎºÎ·Ï‚, while the gross fee is 2.100 euro.
In particular, it is stated that the beneficiaries of the parliamentary pension (members and surviving family members of those) is a total of 753, and the reduction who have undergone reaches 60%, after the application of 1/1/2013 to the provisions of the law 4093/2012, which provides for cuts of 20% if the pensioner receives a second pension from any carrier or by 30% if it takes a third pension.