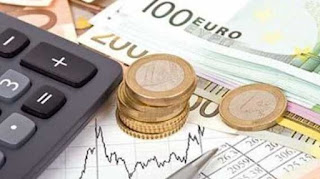 Retroactive increase of taxation for the incomes of the 2015 processes the government…
The deputy minister of Finance Tryfon Alexiadis said in a manifestation of the Economic Chamber that there will be small changes to the tax bracket for this year’s income.
In accordance with information of Everyday planned changes to the tax rates for higher incomes in order to achieve the objectives of the Memorandum. However, unclear remains what it considers “high-income” financial staff.
In addition, the government is reportedly determined to proceed to the increase of insurance contributions, even by a unilateral decision, i.e. without the agreement with the institutions, in order to avoid or at least limit the cuts in benefits main pensions.
Support that the measure will be temporary for three years and will be linked to the increase in the collection of the system.
Referring to the imminent reform of the insurance system, in an interview with the ERT Alexis Tsipras said that he has committed that this will not affect the main pensions, the bill will be tabled by the government and added diplomatically that “should not” be done.
In the meantime, from 1 January 2016 will be launched gradually, the connection of cash registers companies with the Taxis, while the income tax will be “built” with evidence of transactions with cards.
Source