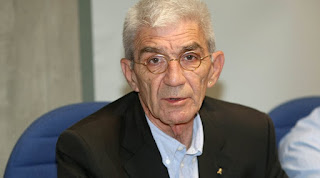 The purchase of land to be used for the… installation and operation of a Centre of Cremation adopted unanimously at today’s meeting, the city council of the Municipality of Thessaloniki.
For this purpose it was envisaged in the 2015 budget of the Autonomous Department of Management of Cemeteries, in the amount of 400,000 euro, while the conditions for conducting a tender is expected to be finalised in the meeting of the Economic Commission.
The president of the municipal council, Panagiotis Avramopoulos, recalled that the discussions for the crematorium began in 2011, however, presented difficulties.
“We are prepared to do, the money is there”, he said reaching the today.
The head of the major opposition, Stavros Kalafatis, asked to postpone the matter in order to be able to answer the questions the mayor, Yiannis Boutaris, who departed for Athens. Criticised the mayor for “communicative glitter” with regard to the specific issue.
Earlier, the placement of mr. Kalafatis was in favour of the Î±Ï€Î¿Ï„ÎµÏ†ÏÏ‰Ï„Î·ÏÎ¯Î¿Ï…, however, argued that the issue “wants a specific effort, planning, study and not to go on the back burner”.
Ria ÎšÎ±Î»Ï†Î±ÎºÎ¬ÎºÎ¿Ï…, head of the “Open City” he stated, “is fanatically in favour of the Î±Ï€Î¿Ï„ÎµÏ†ÏÏ‰Ï„Î·ÏÎ¯Î¿Ï…” and proposed to buy a plot of land in the area of Thermi, while the municipal councillor of the party “Democratic Rally”, Michalis Konstantinidis said in favor of buying a plot of land, stressing that “good is progressing the story”.
The Eleanna Ioannidou from the ‘Neighbourhoods in Action’ reported that the purchase of land for the creation of Î±Ï€Î¿Ï„ÎµÏ†ÏÏ‰Ï„Î·ÏÎ¯Î¿Ï… “is a first move that had to be done a long time ago”, while pro argued and George Î¡Î±ÎºÎºÎ¬Ï‚ from the faction “Live in Thessaloniki”.
In accordance with the recommendation for the purchase of land “the installation and operation of Î±Ï€Î¿Ï„ÎµÏ†ÏÏ‰Ï„Î·ÏÎ¯Ï‰Î½ as activity low disturbance does not burden the environment with noise or pollution, contributes to congestion of the cemeteries and contributes to the protection of groundwater”.
The purchase of land was passed unanimously, while the meeting lacked the Makis Stergiou from the “Citizens Alliance” and the Artemis ÎœÎ±Ï„Î¸Î±Î¹ÏŒÏ€Î¿Ï…Î»Î¿Ï‚ from the “Greek Dawn”.