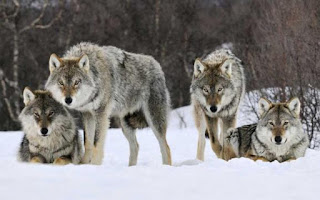 More and more frequent are the incursions of wolves in the villages of the Continent. Yes…
recorded cases where herds of wild animals, arrive at a short distance from the houses.
From one such raid, a new farmer in the area of Margariti, Thesprotia lost all the animals who were at that time in the barn. In particular, six goats, 37 goats and four sheep were killed by the invasion of the wolf pack.
Mrs Myrto Lyka,president of the Association of Breeders of Thesprotia,he couldn’t believe what he saw. As he writes in the epiruspost, the unlucky farmer, crushing hastened the next day to declare the damage to the annex of the ELGA in Ioannina, greece, in order to be able at least at some time be compensated.
The next day step of ELGA’s found at the scene of the disaster where he was assessing the damage and produced the relevant documents confirming, after examination, that the animals were killed by wolves.
Source