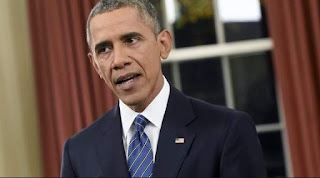 The need for faster progress in the battle against the Islamic State pointed to the…
Barack Obama, after a meeting at the Pentagon in the fight against terrorism. At the same time, he invited the allies of the western alliance headed by the united states to increase its military contribution to the efforts of the coalition for the crash of the organization in Iraq and Syria.
For this reason, the American president is sending the secretary of Defense Ash Carter in the Middle East to ensure the collection of additional military aid.
Obama stressed that the jihadists of the IK have lost control of one-third from the territory it controlled in Iraq and Syria, and the leaders of the organization are targeted personally.
“We’re after the Islamic State from their strongholds, ar raqqah, as Libya, where we eliminated the local leader. In short, the leaders of ISIL, they can’t hide from us, and our message is: you’re next,” warned the president of the united states.
Source