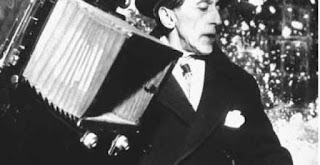 On 5 July, 1889, he was born the multi-talented French poet, novelist, playwright, and painter, Jean Cocteau…
The son of a wealthy parisian notary and educated at the high School ÎšÎ¿Î½Ï„Î¿ÏÏƒÎ­, Cocteau wanted to experiment in all kinds of art, with multi-faceted presence, since it is not limited to the writing of the project, but actively participated in them as an actor, producer, screenwriter.
Published his first collection of poetry, “Aladdin’s lamp” at the age of 18 years.
Courtesy, rich imagination, desperate searches, and a sense of childhood naivety about the projects.
A very well-known works of, among others, are the “Romeo and Juliet” (1924), “Terrible Parents” (1939) and the “Typewriter” (1941).
He collaborated with great artists, among them the Pablo Picasso and Amedeo Modigliani.
From the work of Jean Cocteau influenced the writers Edmond Rostand, An Î¡Î±Î½Ï„Î¹Î³ÎºÎ­, ÎšÎ±Ï„ÏÎ» ÎœÎ±Î½Ï„Î­Ï‚ and mainly Andre Gide.
Cocteau died on 11 October 1963 near Paris, at the age of 74 years.
Source