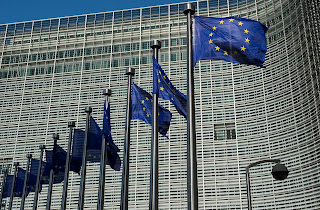 Private meeting with the commissioner…of Economic Affairs Pierre Moscovici has today in the afternoon the….
prime minister Alexis Tsipras, on the sidelines of the work of the World Economic Forum in Davos, as confirmed a while ago by the representative of the european Commission Annika ÎœÏ€ÏÎ¬Î¹Ï„Ï‡Î±ÏÎ½Ï„.
The same reported that the technical discussions are ongoing, so as to prepare the ground for the first assessment and that the head of the mission will go to Athens as soon as they have their hands on the necessary information.
ÎšÎ»Î·Î¸ÎµÎ¯ÏƒÎ± to comment on yesterday’s interview of the former minister of Finance Yannis Varoufakis, in which he mentioned that he was recording the meetings of the Eurogroup, Etc. ÎœÏ€ÏÎ¬Î¹Ï„Ï‡Î±ÏÎ½Ï„ declined to comment, noting, however, that these meetings are “secret”.
It is noted that mr Varoufakis revealed yesterday that he recorded all of the Eurogroup except the first.