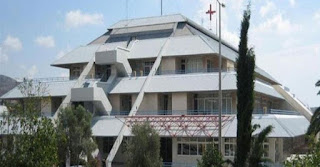 Tragic ending had the short joy of two parents in Paphos, with the advent in the world of their child…
The only four-day baby boy was found dead in the cot this morning, dipping to the mourning family and relatives and friends of the Ï‡Î±ÏÎ¿ÎºÎ±Î¼Î­Î½Î¿Ï… pair.
The infant was spotted early in the morning, dead by his parents, who reside in the community of suburban area of Paphos. Parents, as every morning, went over the crib in which slept the baby to check if everything is ok, to find out, however, fearful that the little boy didn’t seemed to be breathing.
Carried the infant was rushed to Paphos Hospital where the duty officer doctors found that he was already dead. The exact cause of death will be ascertained after the Î½ÎµÎ½Î¿Î¼Î¹ÏƒÎ¼Î­Î½Î· autopsy, to indicate whether this is yet another case of the syndrome of sudden children’s death or if death has other pathological causes.
Source