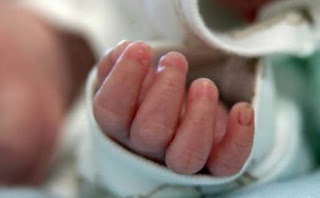 The baby and the father who was accused by the mother that she grabbed it, were found in a car…
Thriller with the 4-month-old infant
In parking in the vicinity of the University Hospital of Heraklion, was spotted at dawn by a team of TAE the infant of 4 months, the rapture of which he had denounced to the police by his mother.
According to the information, the baby was found in a car along with the 16-year-old father, who had it “grab” after a fight with his wife.
With them were identified, and the other members of the family of the father, who had disappeared after the complaint!
Arrested the 16-year-old and 38-year-old grandfather and the 36-year-old grandmother of the infant! Everyone is expected to lead to the Committing.
Source