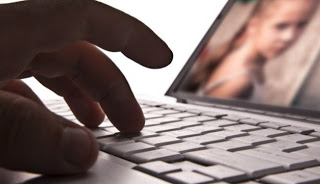 Address Electronic Crime, arrested 31-year-old… national, at the expense of which was formed prosecution of Î±Ï…Ï„ÏŒÏ†Ï‰ÏÎ·Ï‚ process, for the crime of pornography of minors, via the internet.
For the case used appropriately, the Address of Electronic Crime, information that was provided in the framework of international police cooperation, in accordance with which a user of the internet, within the Greek territory, with the use of a multitude of electronic trail, purchased, possessed and was appropriate, for sharing child sexual abuse material.
For these elements was updated by the office of the Prosecutor court of first instance of Athens, which issued a stay of the lifting of the confidentiality of communications.
The direct digital â€“ web police investigation that followed, as well as from correspondence with the companies providing internet service and telephony, were identified geographically, the controversial electronic tracks, in a housing which resided the 31-year-old national, in Rhodes.
In this context, was carried out yesterday (03-02-2017), by a team of officers of the Directorate of Prosecution of Electronic Crime, with the assistance of officers of the Division for Security of Rhodes, in the presence of a Judicial officer, the investigation at the residence of the 31Ï‡ÏÎ¿Î½Î¿Ï…, where they found and seized (3) hard drives of a computer.
From the field research carried out in the above digital evidence, found a multitude of files, photos, and videos, with content of pornography of minors, several of which show the sexual abuse of children and the 31-year-old was arrested in the flagrant procedure.
The seized digital Ï€ÎµÎ¹ÏƒÏ„Î®ÏÎ¹Î¬ will be sent to the competent Department of the Directorate of Criminal Investigations for further laboratory investigation.
The arrested person with the file that was formed at the expense of led in the office of the Prosecutor court of first instance of Rhodes.
It is recalled that the citizens can communicate, anonymously or with the Address of Electronic Crime in order to provide information or to report illegal or reprehensible acts or activities committed through the internet, at the following contact details:
Phone: 11188
Sending e – mail to: ccu @ cybercrimeunit.gov.gr
Through the application (application) for smart phones (smart phones): CYBERÎšÎ™D
Via twitter: @CyberAlertGR