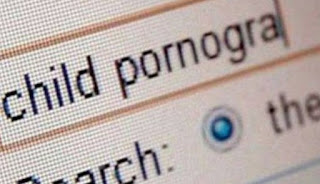 Criminal case-file against…
a 39Ï‡ÏÎ¿Î½Î¿Ï… for the offences of pornography and pornographic representations of minors, committed against a minor, formed from the cyber Crime unit of Northern Greece.
The investigation of the case started after a complaint from 16-year-old, according to which, an unknown individual who was chatting with him through a social networking website, pretending that is the same age as her, convinced her to send him lewd pictures and media files video and audio, while then with annoyance-pushy way of asking for to send it and other similar material.
The allegations were made to the public Prosecutor court of first instance of Athens, which issued a stay of the lifting of the confidentiality of communications.
In this context, conducted a thorough and comprehensive police investigation of digital data â€“ data from which were identified geographically, the controversial electronic traces on the residence of the 39Ï‡ÏÎ¿Î½Î¿Ï… Greek.
In a survey carried out in the presence of a judicial officer in the housing of the 39Ï‡ÏÎ¿Î½Î¿Ï…, from the on-site investigation Î´Î¹Î±ÎºÏÎ¹Î²ÏŽÎ¸Î·ÎºÎµ his involvement in this case, and found and seized a portable computer, a mobile phone and sim cards and memory cards.
The seized electronic evidence will be sent for further laboratory tests, while the case file was formed at the expense of the 39Ï‡ÏÎ¿Î½Î¿Ï…, was submitted to the competent public Prosecutor.