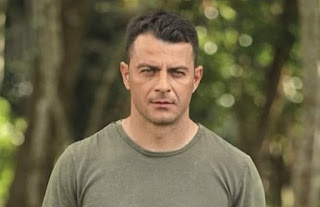 George Angelopoulos at this time is one of the most talked-about names in the Greek news…
The player of Survivor began by the group of combatants and ended up in the group of celebrity after the vote. In the early episodes he had managed to grab the attention and to be considered one of the favorites of the reality show.
We so you we prepared a list of five things you didn’t know about George Angelopoulos, to know him better and out of the Survivor.
1. He lives and works in Skiathos
2. Maintains fuel station along with his brother
3. Coach water ski
4. Is a former footballer
5. It deals with the tae kwon do and kick boxing