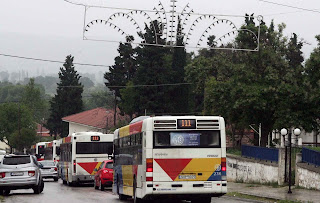 And employees of OASTH, but the taxi drivers are going to participate in a 24-hour strike declared GSEE and…
ADEDY on Thursday, 4 February, against the tax bill promoted by the government. In terms of OASTH buses, security personnel is to serve the travelling public.
For its part, the Panhellenic Federation of Taxis and private hire, reports to the relevant announcement of: “What the government named ‘rescue effort of the insurance system, for the whole of society is the chronicle of a death foretold. It leads to tax evasion and the growth of black labour. Establishes the impoverishment, multiplies unemployment”.
It is recalled that the workers of OASTH will realize and stop working next Tuesday, from 11 in the morning until 4 in the afternoon.
Source