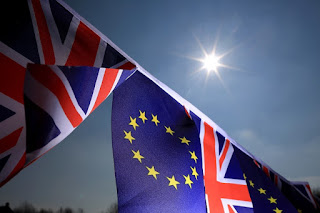 Ireland, Luxembourg, Malta and Cyprus are the european countries which will find themselves more exposed than a…
possible withdrawal of Britain from the European Union, according to an analysis today published the rating S&P Global ratings.
The firm has created an â€œindex of sensitivity to the Brexitâ€ (BSI) based on various parameters, such as exports of goods and services in the United Kingdom, the foreign direct investment in this country, the economic factors and migration flows. This indicator does not reflect the potential impact of Brexit on the political scene, nor in the financial markets. I also take into account the consequences for the foreign exchange market.
â€œThe common history and the common border of Ireland with the United Kingdom allow for a substantial flow of goods and services, as well as the significant migration flows between the two countriesâ€, underlines the S&P, recalling that all the Irish who live in the United Kingdom and the British people who are resident in Ireland, representing 17,2% of the population of Ireland.
Particularly vulnerable may prove to be also other small countries that maintain close ties with Britain, such as Malta and Cyprus.
Switzerland and Belgium are ranked in the 5th and 6th place. Switzerland is considered to be â€œexposedâ€ in the case of a Brexit due to the intense activity of the swiss financial sector in London.
Of the 20 most vulnerable countries, only two, Canada and Switzerland, are not members of the EU and of all only Canada is not a european country, it is underlined in this report.
The 7th place is occupied by the Netherlands and the 9th of Spain. France is in 11th place, behind Sweden and ahead of Germany. According to a study was given today in the morning, published in the Netherlands, the country’s GDP will decrease by 1.2% (about 10 billion. euros) until 2030 in the case of a Brexit.
Source