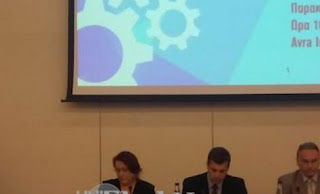 Entrepreneurs and operators of Chania in the presentation of the Bank in Chania – Target the strengthening of investment and the development of the local economy…
In the presence of the Minister of Economy Giorgos Stathakis and representatives of the business world and institutions of Chania began in the morning, the presentation of the Bank of Commerce and Development Black Sea (black sea), which was established to boost investment.
In his statements before the start of the presence with the subject “Financial products of the black sea Bank to Greek Businesses,” mr. Stathakis stated in the objectives of the Bank of Commerce and Development Black Sea and responded in statements to journalists about the closure of the evaluation and the new development law.
The finance Minister appeared optimistic that the closure of the first evaluation, opens the road to economic stability, by admitting that the closure of this happened with marry which however as pointed out it is the last on the road to economic stability and growth.

Mr. Stathakis was also mentioned in the body of the development law which as pointed out is based on three pillars: a) turn on output (b) Supports the innovative activity and (c) it is perfectly made for small and medium-sized enterprises.
The black sea Bank, based in Thessaloniki, supports investors and companies in 11 countries â€“ states (Russia, Greece, Turkey, Albania, Azerbaijan, Armenia, Romania, Georgia, Bulgaria, Moldova, Ukraine). The bank grants medium-and long-term loans with a duration of 3-15 years of age, mainly in the range of 4-5 million. euro, while it also makes equity investments and provides guarantees.
The aim of the black sea Bank, as pointed out by mr. Panagiotis Gavras, head of Strategic Planning office of Î Î±ÏÎµÏ…Î¾ÎµÎ¹Î½Î¹Î±Ï‚ bank is the enlargement of regional cooperation for the economic development of local economies, while as added that the bank works mainly with private enterprises operating in various sectors, such as infrastructure, tourism, exports, etc.
At the beginning of his speech, mr Stathakis made reference to the course of the economy and the closure of the assessment, which as pointed out was a key point on the road map agreed during the July, perfectly decisive. The Minister of Economy added that the completion of the Î±Î¾Î¹Î¿Î»ÏŒÎ·ÏƒÎ·Ï‚ included three elements which relate to the fiscal adjustment, the stability of the banking sector and the structural changes and in conjunction with the placement of the institutions on the debt issue, opens the road for the achievement of economic growth.
See extract from the speech of mr Stathakis 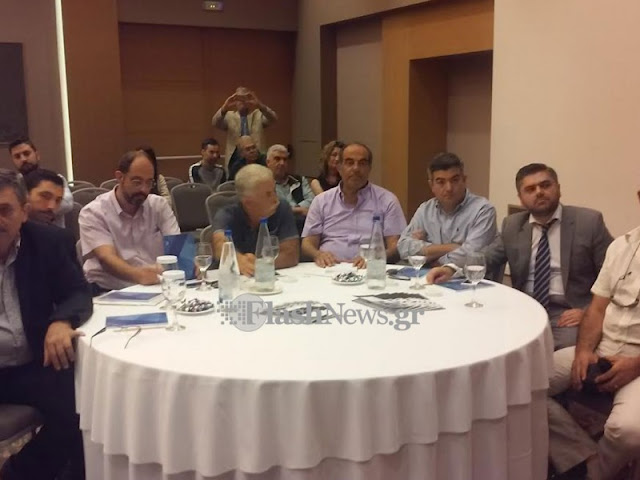 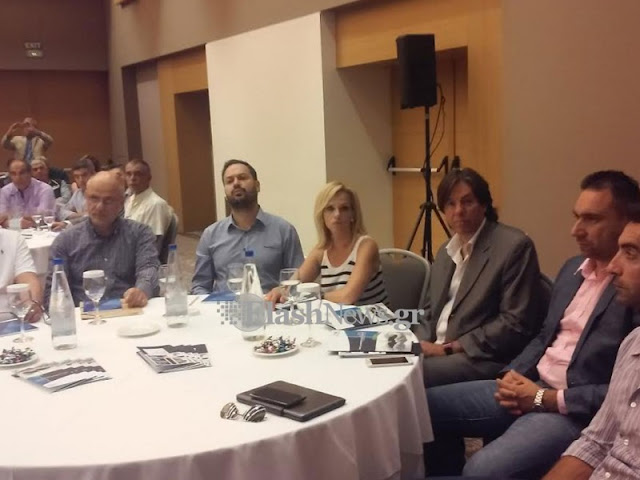