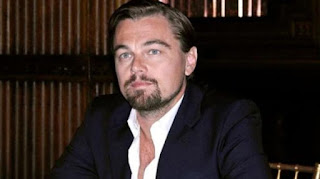 The incident in which Edward Norton saved my life by Leonardo dicaprio in 2010 revealed the director…
Fisher Stevens.
It all happened when Leonardo dicaprio worked with this particular director, and Edward Norton in Before the Flood, a documentary about climate change.
In the shooting which happened in the Galapagos islands, were also found, the marine biologist Sylvia Earle and the famous actor Edward Norton.
In this documentary well, I had to do it all with diving. “O Leonardo leaves with Sylvia and Edward passes in front of me. Then, all I remember is that after twenty minutes I couldn’t find anybody around me,” said Fisher.
The bottle oxygen dicaprio had a leak with the result that you can not breathe. Fortunately, Edward Norton, who was next to him, when he realized what happened, pulled him to the surface, in order to get air.
“It was crazy. We were able to record images and it was all good in the beginning. But after we were all shivering when we saw that Leonardo could not breathe,” said the director.