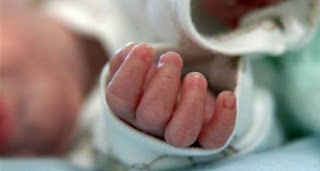 A real tragedy has occurred on Sunday (23.10.2016) in the centre to accommodate refugees in Myrtle. A child of 18 months…
under questionable even conditions, fell into a pool that was filled with water after heavy rainfall and drowned. According to information, the pregnant mother knows that her child is dead!
It is unknown yet under what circumstances the child fell in the pool. Light on the causes of the tragedy is expected to throw the autopsy â€“ dissection. It will show if the death of the 18-month child due to a drowning or a blow from the fall.
Just volunteers who were in the area of the centre hosting the saw, they tried to give him first aid but to no avail. The child was transported to the Health Center of Gastouni, but there doctors found his death.
The mother of the infant, who is pregnant, was transported for precautionary reasons in the hospital. Witnesses report that the woman does not know that her child is dead.
As stated in the Athenian Agency of the mayor of Andravida – Kyllini, Nabil Joseph ÎœÎ¿ÏÎ¬Î½Ï„, in all probability, the child escaped the attention of his parents. The unfortunate child and his parents had come to Greece from Syria together with other members of the same family and settled in the center of Mirsini, from then that began to work.
The tragic incident highlighted the absence of a permanent doctor from the hospitality center in the Myrtle, which protested the refugees who live there.