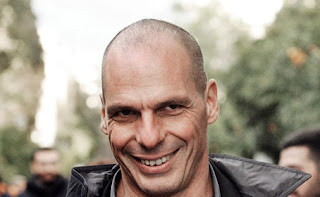 People with low IQ featured the former minister of Finance of Greece Yanis Varoufakis the team participating in the…
negotiations for the Brexit.
The statements made by the former finance minister, became in the frame of the show “Question Time” on BBC in which he was a guest caused once again a surprise.
“I don’t want to be fixed behind closed doors by the appropriate department, whose methods are reminiscent of the Pythia, and composed of people with a low IQ,” he said, when asked to identify the strains with low intelligence, responded by saying, “you know who”.
Yanis Varoufakis stressed that the british parliament should have an active role in the negotiations, and noted that the primary request of the Brexit was the restoration of national sovereignty and of the power of the House.
When asked what would vote in elections of the united states said: “If you’re left in a state where the result is given, then you vote for the Greens, if you’re right you vote for the Liberals. But if you’re in a state that the result is tight, then close tightly… your nose and vote for Hillary Clinton”.
Source