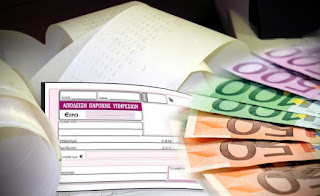 Thousands of workers paid with “notebook” will have to be recourse to the courts, as from 1 January of the …2017 subverted the terms of insurance and retirement. According to the “Daily Sunday”, the changes are of 200,000 professionals, lawyers, engineers, stockbrokers, doctors, technicians of various specialties, who cooperate on a permanent basis with businesses, sellers and commercial representatives.
In accordance with the insurance act ÎšÎ±Ï„ÏÎ¿ÏÎ³ÎºÎ±Î»Î¿Ï…, those who “Î¼Ï€Î»Î¿ÎºÎ¬ÎºÎ·Î´ÎµÏ‚” have income from one or two employers will pay contributions as employed persons. The rest of the cost, according to the letter of the law, will be passed on to the employer, but the legal and the experts of social security is highly cautious , arguing that the cost will be passed to the worker, with excellent effect of reducing net earnings. As reported in the “Daily”, experts are sounding the alarm, and consider that you may move with mass appeals to the courts against employers who do not intend to be burdened any further.
In accordance with the ÎµÏÎ³Î±Ï„Î¿Î»ÏŒÎ³Î¿ Dimitris ÎœÏ€Î¿ÏÏÎ»Î¿, there are fears that the new arrangements would undermine the current balance in relations between the two sides with the result that many cases end up in litigation relating to the nature of the relationship and the way that this worked in the past.
Things are a little more clearly for those who have an income in a pad of three employers and up, as it will be considered as self-employed and pay contributions based on their income – 20% pension and 6.95% for health – while today they pay insurance contributions to OAEE on the basis of the insurance classes.
Source