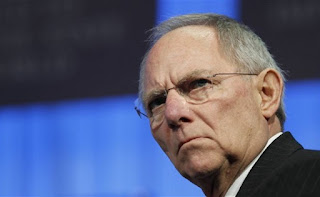 In accordance with a draft prepared by the consultants of the German…
Economic reform plan for the EU provides for more stringent fiscal rules, and degraded european commission
Stricter financial rules and degraded european commission provides, among other things, the reform plan for the EU post-Brexit time, as evidenced by a preliminary draft prepared by the consultants of the German Finance, Wolfgang Schaeuble, broadcast today, the Handelsblatt.
The design of Schaeuble, who through the approach of austerity has brought a balanced budget in Germany, for the first time since 1969, it is almost certain that it will meet objections from France and Italy, countries which prefer lending to support their economies, said the report.
“The member – states should not be relieved of their responsibilities with regard to ensuring the existence of fixed budgets and structural reforms, which will promote the development”, are reported to have stated, according to the Handelsblatt, the German technocrats on the proposals of Languages.
Source of the German ministry of finance, when questioned on the project, said: “at This time, we do not focus primarily on integration.