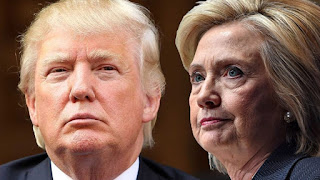 The presidential candidate of the Republican party, Donald Trump posted yesterday on Twitter a picture-collage…
the Democratic opponent of Hillary Clinton, a hundred, a star of David and the caption, “the most corrupt candidate ever!”, causing outrage and confusion on social networking sites.
Two hours later, Trump posted a similar picture, in which the star of David-located in the flag of Israel and that they were forced by the nazis to wear the Jews during the Holocaust-has been replaced by a circle. The original message was deleted.
Critics of the candidate pointed out that the use of this symbol refer to age-old anti-semitic stereotypes, especially the fact that the Jews are greedy.
Commenting on the specific suspension of the Trump, the screenwriter Cole Houghton reported via Twitter that “impresses” the “capacity” of the candidate “finds a way to insult literally every human being”.
Eric Erickson, a conservative radio host who maintains a critical attitude towards the Trump, commented: “The star of David, a pile of cash, undertones of corruption. Donald Trump is addressed again to the supporters of the superiority of the white race”.
The controversial message was posted the time that the candidate of the Republican party is making efforts to appease the fears within the party that turns away potential voters with the insults against the muslims, the Latin american and women. Last month, Trump has fired the director of the campaign of Corey Lewandowski, and he started to speak, and speeches using device text-to-speech, changing completely the style of a view of the presidential election of 8 November.
But yesterday’s message reminded us of the uncontrolled side of the Trump. During the election campaign, the mogul among other things, has mocked a reporter with disabilities, has designated irregular migrants from Mexico “rapists” and “criminals”, while more recently showed a black man who participated in one of the concentrations, and called him “african-american”.