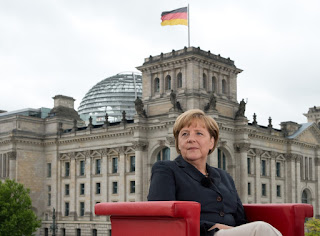 Immigration from countries of the European Union rose to new record in Germany last year, with more…
from 685.000 people to relocate in the country, mainly Romanians, Poles and Bulgarians, reported yesterday the newspaper Die Welt, citing official statistics.
2015, 685.485 EU citizens arrived in Germany, while 303.036 followed the reverse path, i.e. there was a net increase of immigrants in a 382.449, added the newspaper, pointing out that he has access to the data of the federal office for migration and refugees (BAMF).
The first country of origin of the people who decided to go to live in Germany was Romania with 174.779 arrivals, followed by Poland (147.910), Bulgaria (71.709) and Croatia, a new member of the EU (50.646), according to Die Welt.
Germany, Europe’s largest economy, record growth, while the comparatively low rate of unemployment (6,1%) attracts european citizens who are seeking a better life than those in their home countries. At the height of the economic crisis on the countries of southern Europe, many young Greeks and Spaniards migrated to Germany in search of a better future.
The question of limiting the immigration of european workers was central to the aggressive election campaign in favour of the of a Uk exit from the EU, won in the referendum of 23 June.
In April, Berlin has presented a bill that reduces drastically the access to welfare benefits for migrants from other EU member states.
According to the data published yesterday by the Die Welt, a total of in Germany live 4.1 million. citizens of other member states of the EU.