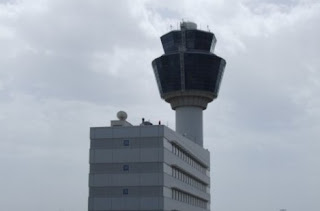 It is well known that the last space has started a lot of discussion, both at the level of Government and at the level of municipalities and…
local and political stakeholders, for the renewal of the contract of Athens International Airport “El. Venizelos”, with the Greek State for the period 2025 – 2055 and mainly about what should be included in the formulation of a new contract.
On 14-9-1995 ratified the “Convention on Development of the New International Airport of Athens, the foundation of the company “Athens International Airport A. E.”, approval of the environmental terms and other provisions” (N.2338/1995 â€“ GAZETTE 202 (Aâ€™/14-9-2015) between the Greek Government and four Companies. The Contractual Period has a duration of 30 years (up to the 14-12-2025).
In view of the consultation for the renewal of such a contract, a meeting was held on 22 December 2016 in order to ÏƒÏ…Î½Î´Î¹Î±Î¼Î¿ÏÏ†Ï‰Î¸ÎµÎ¯ the framework of proposals – requests for the development of the wider area of the airport. In the meeting took part : vice-governor of Eastern Attica, greece Petros Filippou, regional councillors Parish Gospel, Zacharias Pelekis and Yannis Î£Î¼Î­ÏÎ¿Ï‚, the mayors Markopoulo Sotiris ÎœÎµÎ¸ÎµÎ½Î¯Ï„Î·Ï‚, ÎšÏÏ‰Ï€Î¯Î±Ï‚ Dimitris Kiousis, Spata â€“ Artemis Dimitris Markos, Rafina â€“ Pikermi Claus Î Î¹ÏƒÏ„Î¹ÎºÎ¯Î´Î·Ï‚, and the legal representative of the Municipalities Apostolos Papakonstantinou.
The Municipalities of Messogia (ÎšÏÏ‰Ï€Î¯Î±Ï‚, Markopoulo, Rafina â€“Pikermi and Spata â€“ Artemida) have prepared and have filed in a timely manner to the competent bodies with specific proposals for the settlement of the envisaged in the law 2338/1995 compensatory benefits from the exploitation of the area of the former Airport of Elliniko, and the conditions relating to the time extension of the contract of a concession of the Airport and related to fair and time demands of the Municipalities. The proposals of these have been approved by the Region of Attica, which has undertaken to pursue jointly with the Municipalities the adoption of the Central Administration.
The first well directions ÏƒÏ…Î½Î±Ï€Î¿Ï†Î±ÏƒÎ¯ÏƒÏ„Î·ÎºÎ±Î½ are as follows:
– To involve representatives of Local Government A and B grade in the discussions and in the consultations for the renewal of the contract.
– Given the fact that in all European countries the Local Government is involved in any developmental processes are done around the airports, proposed the creation of a single body for the management and development of the region with participation of the state, local government and the airport.
– Due to the environmental impact, disturbance, traffic load, etc., and because the Municipal Fees have not been paid, you will need to establish a compensatory end, permanently, for the MUNICIPALITIES of the region (such as those referred to in ARTICLE 25, the To. 2338/95, para. 25.6, p. 5734, government GAZETTE 202A/ 14-9-1995) of the order of 2%.
– With the law 2338/95 they provide for a compensatory fee of 10% of the utilization of the former airport of Elliniko, which was given the beautiful to the Airport, the Municipalities of the wider area of Messogia (N. 2338/95, article 9, para. 4, p. 6055, government GAZETTE 202A/ 14-9-1995) for development programmes. We ask you to activate this law and to provide the compensation to the Municipalities.
– With regard to spatial planning issues, it is known that for the Airport “El. Venizelos” have committed about 20,000 acres â€“ the so-called Zone of Limited Airport Development (G.E.A.A.) – (To 10,800 acres in the Municipality of Spata â€“ Artemida, of 4,000 acres in the Municipality of Paiania, 4.300 acres in the Municipality of ÎšÏÏ‰Ï€Î¯Î±Ï‚ and 500 acres in the Municipality of Markopoulo). There has been no commitment to what will become the owners of which the land belonging to the captive band. There have also been specific proposals, and for the way that you need the Airport to make the necessary expropriations, but also for the changes of uses of land in the above areas in order for them to be utilised and upgraded for the benefit of themselves, the local communities and the Airport. In the proposals that have been submitted, including specific land uses, specific rates and terms of construction that should be applied to the development of these areas.
I have also been proposals for implementation of joint programmes for the promotion and utilization of monuments of the region, but also of the productive units of the primary sector, of tourist “trails” and other points of tourist interest in the region, as well as sites of collection, separation and processing of waste. At the same time, proposals have been made for waivers of expropriations of areas where there are houses, etc.
So, because of all of the above has not been no meaningful dialogue, both with the state and with operators of the airport, in the meeting it was decided that we should immediately place a meeting between the competent bodies of the state, the representatives of the local self-government and administration of the airport El. Venizelos, in order to ÏƒÏ…Î½Î´Î¹Î±Î¼Î¿ÏÏ†Ï‰Î¸ÎµÎ¯ the framework of the proposals â€“ development guidelines of the area around the airport.
Finally, that ÏƒÏ…Î½Î±Ï€Î¿Ï†Î±ÏƒÎ¯ÏƒÏ„Î·ÎºÎ±Î½ the meeting were sent on 9 January 2017, to the minister of Finance, the minister of Interior and Administrative Reconstruction, the minister of Infrastructure, Transport and Networks, the president of the hellenic republic asset development FUND, the regional Governor of Attica, and the president of the board.P. the International Airport of Athens, Oh.E..
Source