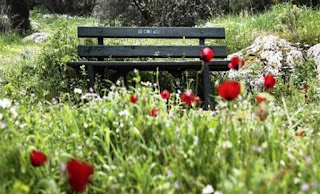 The alarm sounded, the Italian farmers ‘ union Coldiretti for the… potential negative consequences of “early Spring” observed in Italy these days.
The Coldiretti underlines that the stocks of water for irrigation at a very low level and, more specifically, that in relation to the average for the period 2006 – 2014 have been reduced by 60%.
At the same time, a significant reduction is also observed in snowfall, since at higher altitude of two thousand meters, the snow layer does not exceed sixty centimeters.
The ÎˆÏ„Ï„Î¿ÏÎµ Î ÏÎ±Î½Ï„Î¯Î½Î¹, president of Coldiretti, in the wider area of Milan stresses, that “the evidence of a large part of 2015, and the temperatures of the first, this month, 2016, can be compared only with 2017, the year in which the rainfall and the water supply was at its nadir”. “For this reason -adds – Italian farmers are concerned about the consequences that you might face in the coming months and in particular for irrigation next summer”.
According to the meteorological forecasts, the next week, however, it is expected a reduction of the temperature, starting first from the region of the Alps, but, then, and in the mountain range of the Î‘Ï€ÎµÎ½Î¯Î½Ï‰Î½, in the central regions of Italy.