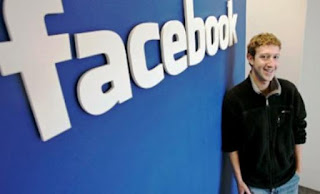 Exceeded expectations even the most optimistic analysts… financial results announced by the Facebook for the fourth quarter of 2015. The revenue of the popular social networking website doubled, as it recorded a growth of 52% and stood at 5.8 billion dollars, when the estimates of analysts was for revenue 5,37 billion dollars.
The company’s net profit reached the amount of 1.5 billion dollars (or 54 cents per share), when, in the comparable period of 2014, the amount had touched the 701 millions of dollars.
In addition to these data, of particular importance and indicative of the dynamic of Facebook is the fact that users have increased by 14% -to 1.59 billion people – compared to 1,58 billion provided by the analysts. At the same time, the revenue of Facebook ads increased by 57% and amounted to 5.6 billion dollars.
The strong growth of Facebook in all sectors has also demonstrated that it continues to deliver the mobile version. In fact, 80% of advertising revenue comes from there, recording a rise of 69% (!) compared with the corresponding period of 2014 and 78% (!) compared with the third quarter of 2015.
The revenue of Facebook per geographical area:
From October to December of 2015, the company’s revenue rocketed to $ 5,8 billion. dollars, posting an increase of 52%! The profits of Facebook for the same period was 1.6 billion. dollars (an increase of 123% compared to 2014). In 2015, the total sales reached 17,9 billion. dollars, and the profit was 3.7 billion. dollars.
So where did all that money? The Facebook not only managed to increase their active users to 1,59 billion. of people every month, but it got to the point to make huge amounts of every one of all of them separately.
In the united states and Canada the amount it makes from each user, the social media has increased by 50%, reaching $ 13. Worldwide, the amount the company made from each and every one of us had an increase of 33%, while the previous year this percentage was 24%.
The new tools that were added to Facebook in the last few months helped the social network to “learn” even more than their users by making them spend many more hours logged. At the same time, the data resulting from the continuous use, are valuable weapons in the hands of the advertisers and the advertisers.
So the more and fastest growing community of Facebook gives the company the ability to capitalize on the knowledge that each of us offers, making the human capital of its users as the most valuable tool of concentration of huge profits and unrealized rates of increases in sales.
Commenting on the financial results of the fourth quarter of 2015, in the Sheryl Sandberg noted that the company is very pleased with the profits it brings you the Instagram. In fact, he explained that 98% of the top advertisers of Facebook, advertised now on Instagram.
For his part, Mark Zuckerberg shared some impressive information about the progress of Facebook in the fourth quarter of 2015, as that the users watched a total video duration of 100 million hours, more than a billion users attended a group in Facebook in just a month and that more than 80 million people used the Facebook Lite, the optimized service for the low range zone.