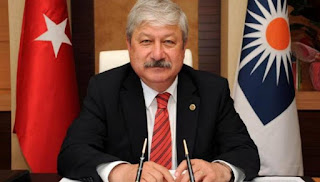 It is clear that the Turks are up to something as a whole together with the entire political system…
as it was, again, new sexy Turkish statements, this time by a member of the kemalist opposition, the Republican People’s Party (CHP) who asks and he’s 17 islands in the back and not stayed there as requested, and the natural gas of Cyprus.
This is the new false claim that support the “secular” ÎºÎµÎ½Ï„ÏÎ¿Î±ÏÎ¹ÏƒÏ„ÎµÏÎ¿Î¯ ÎºÎµÎ¼Î±Î»Î¹ÎºÎ¿Î¯, namely, that the Erdogan us gave 17 Turkish islands in the Aegean sea.
It is the congressman and former mayor of Antalya, Mustafa Î†ÎºÎ±ÏŠÎ½Ï„Î¹Î½ who made statements in Aydinlik and asked and the natural gas of Cyprus!
“It is revealed that we settled for leaving already, in Greece, 17 islands, hidden from the Turkish people. There is no clear announcement from the government and the MFA. And now it is understood that similar compromises are made in Geneva for Cyprus. Already Mustafa Î‘ÎºÎ¹Î½Ï„Î¶Î¯ announced that may be given ground. In Cyprus have discovered a very important sources of natural gas. To these sources they want to have co-ownership of Israel, the U.S. and the South Cyprus. For this reason, they want to make Turkey to succumb”.
There are Greek islands under Turkish occupation. Imbros, Tenedos, and north Cyprus the opposite is not the case.