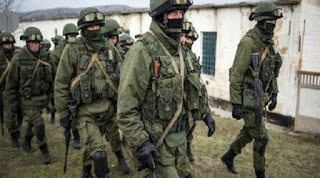 Russia will create three new military divisions in the… western part of the country in 2016, said today the minister of Defense Sergei Î£ÏŒÎ¹Î³ÎºÎ¿Ï…, according to local media.
Did not explain what was the motive for the creation of the new brigades, but he said he will be one of the most important tasks of his ministry this year. He said that any military sector will be spent this year by on-the-spot checks.
“The main effort should be directed at the potential of the strategic nuclear forces and to the completion of the programme, space defence,” he said in a meeting of the Î£ÏŒÎ¹Î³ÎºÎ¿Ï…, according to the news agency RIA Novosti.
“Five units of rocket fire, with modern equipment, will enter active service in 2016”.
It is also necessary to improve fixed infrastructure that support the nuclear forces, he said, referring in particular to facilities where they are equipped with nuclear submarines and bombers, long-range action, which are equipped with nuclear weapons.