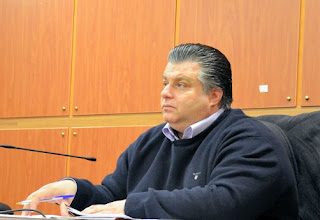 “I would like to publicly express my heartfelt thanks, to the President of the Hellenic Republic, Prokopis Pavlopoulos, who was honoured by the presence of the Holidays…
Output. The Î£ÎµÎ²Î±ÏƒÎ¼Î¹ÏŒÏ„Î±Ï„Î¿Ï…Ï‚ Bishops of Aetolia and Akarnania, mr Cosmas, Patron mr. Chrysostomos and Bishop ÎšÎµÏÎ½Î¯Ï„ÏƒÎ·Ï‚ mr Samarina, as well as the representatives of the Clergy. The being representative of the Greek Government Minister of the Interior and Administrative Reconstruction Pan. ÎšÎ¿Ï…ÏÎ¿Ï…Î¼Ï€Î»Î®, the vice-president of the hellenic Parliament C. Punch-drunk and the Dean C. Front-page news, as well as their members and political representatives that honored the memory of the Î•Î¾Î¿Î´Î¹Ï„ÏŽÎ½.
The Chief of HNDGS Admiral Ev. Apostolaki, and the representatives of the Army, Navy, air Force, the Hellenic Police, the Coast guard , and Fire brigade. The representatives of the Judiciary, Ambassadors and representatives of Embassies as well as the Mayors of the Twinned and other Municipalities from Greece and abroad.
The Head Of The Region. ÎšÎ±Ï„ÏƒÎ¹Ï†Î¬ÏÎ±, Î‘Î½Ï„Î¹Ï€ÎµÏÎ¹Ï†ÎµÏÎµÎ¹Î¬ÏÏ‡ÎµÏ‚ and Regional Consultants. The Mayors, deputy mayors and Councilors, presidents of Local Communities, as well as the Presidents of the Legal Persons of the Municipality of Sacred Town of Messolonghi.
I would also like to thank the exceptional marching bands, the pupils of the schools, clubs and organizations from every part of Greece, that accompanied the Holy Icon of the Output. For the excellent organization of this year’s Holiday Exodus, the President K. Giannopoulos, Vice-P. Lanaras and the members of the Cultural Centre of our Municipality, the Ringmaster Asimakis Yiotis and the coordinators of the procession, the employees of the Municipality and especially the volunteers of our fellow citizens, for the undivided and practical help, the unparalleled zeal, both during the preparation of the city, and the successful completion of all the events of this year’s anniversary, which were characterized by high level. Yet, the Media and their representatives, for the press coverage.
Finally, I would like to express from the depths of my heart a big thank you, to every citizen who honored with his presence, the Memory of the Free Besieged.
I Wish You All A Happy Easter,
And next year, we’re all good!