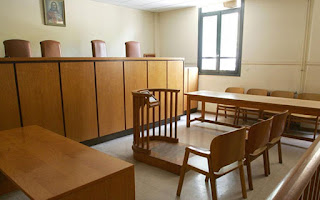 The Board of directors of the Federation of Judicial Employees of Greece (MOST), launched a two-hour (9: 00 am.m. up to 11.00 am.m.) national signal holiday of the…
meetings of the audiences and of the other work in the judicial services of the country for the whole of next week -from 11 to 15 January 2016 – in order to highlight and find solutions to the acute problems of the industry and the secretariats of the courts.
At the same time the same amount of time (9: 00 am.m. up to 11.00 am.m.) court officials will conduct performances of protest.
The MOST highlights in its communication that the problems which arise are mainly due to the lack of staff, took on tragic proportions after the adoption of the memorandum laws (indebted households, new Code of Civil Procedure etc.)”.
Still, the MOST calls on the government to proceed immediately with the implementation of the announcement for recruitment of 690 new employees according to transparent, merit-based and short procedures, however, do not face the immense and acute problems in staff, while notes that the vacant posts of clerks of court amounting to 3.200.
Also, they express their opposition to the intention of the government “to dismantle what’s left of pension and insurance rights (increase of contributions, age limits and a reduction in pensions)”.
Finally, it recalls that the court officials will not participate in the auction at the expense of the first housing.
Source