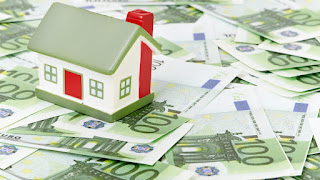 The additional burdens of ENFIA will raise the approximately 540.000 owners of the real property of which exceeds…
the 200,000 euro. The additional real estate tax, the tax imposed on the value of the estate and not on each individual property as is the case with the ENFIA, is expected to yield about 560 million. euro compared to about 300 million. euro was the assessment for the additional tax of 2015.
Doubling the performance of the tax â€“ and thus the doubling of the charge for the 540.000 owners who will pay – will come from the three legislative changes which moved the government to ensure the additional 270 million. euro:
1. The reduction in the threshold for inclusion in the supplementary tax from 300.000 to 200.000 euro.
2. The change of the coefficients. The scale of 2015, provided rates from 0.1% to 1%. For 2016, the rates will range from 0.1% (from â‚¬ 200,000) up to 1.5%.
3. Subject to the additional tax and parcels, which means an increase of the taxable for those who have property in excess of 200,000 euro including parcels.
The burdens that will cause these three factors, are shown in the following table (p.you posted yesterday) in at realnews and shows the distribution of the estate after the change of objective values): 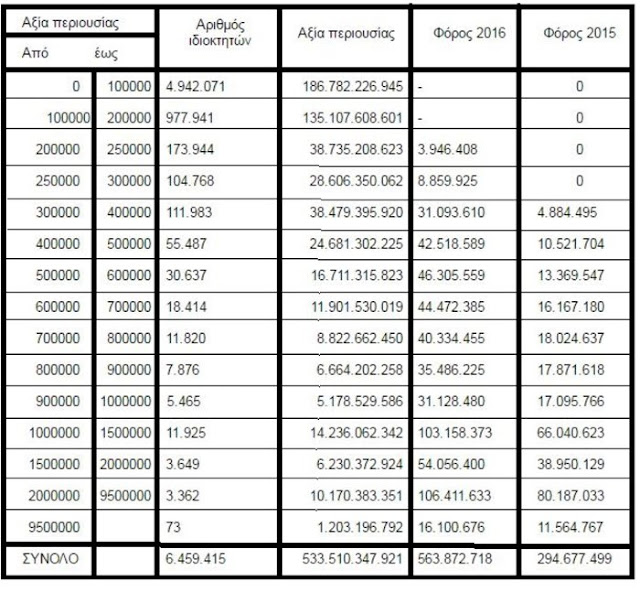 The clearing of this year’s ENFIA will not be sent earlier than August as well as the ministry of Finance will wait for first to complete the process of submission of income tax returns. There will be taxpayers that will have tax reduction and others that you will pay a lot more. The first x-ray, shows the following:
1. Those who have buildings, and are not subject to the additional tax, or will receive the same salary, or will pay less. Those who will pay less are those who have apartments in areas where the reduction of the objective value will bring about a reduction in the rate of calculation of ENFIA. For example, the depositor’s apartment in Vrilissia where the zone price reduced from 2050 to 1700 euro, you will pay 25% less for each measure will pay 4.5 euros instead of six euros. Something similar will happen in Ilion, Kallithea, ÎšÎ±Î¼Î±Ï„Î±ÎµÏÏŒ, Moschato, Nea Erithraia, etc.
2. The owners of land will incur, as well as increase the rate of calculation of the tax per square meter.
3. In the first line of fire, you will find those who have properties in areas with a zone price less than 600 euros per sq.m or more than 4000 euros per sq.m. All of these, provided that the value of the estate exceeds â‚¬ 200,000, you will be confronted with the new increased supplementary tax would not have been any decrease in the tax base of the price reduction zone (p.p. in all of the areas listed above, the rates have remained frozen)