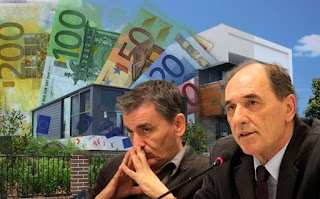 Wage increases for the civil servants in the single payroll as provided for by the agreement closed on Friday night between the government and the institutions…
The increases will be different speeds depending on qualifications of officials. “The reductions in salaries the negotiated summer. What do you say was provided for in the Juncker plan, on which voted for the Greek people. The new agreement provides for a just different speeds enhancement” made it very clear about the Finance minister, Euclid Î¤ÏƒÎ±ÎºÎ±Î»ÏŽÏ„Î¿Ï‚.
On Tuesday night voted in the House decisions.
After the conclusion of the agreement, the approval of the EuroWorkingGroup (EWG) will be Wednesday, so the disbursement will be at the end of the week .
Red Loans
By 15 February, the government will create the regulatory framework for the red loans. As said the minister of Economy, Giorgos Stathakis, the agreement with the institutions provides for the opening of the market for business loans. What is protected is the mortgage a first home, these small and medium-sized enterprises, as defined by the european regulation (five million turnover and 100 so workers) and the consumer. After the 15th of February will apply retroactively (as of today) the regulatory framework that will be voted on until then.
Privatisation
“We have a strategic report that will slowly turn into law. That is, the basic spikes, which assets will be in the administrative form, how will be the part of the investment,” explained mr Î¤ÏƒÎ±ÎºÎ±Î»ÏŽÏ„Î¿Ï‚ while he explained that “what was in the program for 2015, 2016, 2017, (on privatisation) we agreed before”.
In addition, it was clarified that the HFSF will be passed to the new fund, will have a steering committee that will oversee and down will have categories of assets, I.e. real estate, banks, state-owned enterprises, and other assets that create income.
Evaluation
The first assessment will be done before 15 February and 15 will pass through the Parliament and become law the measures. 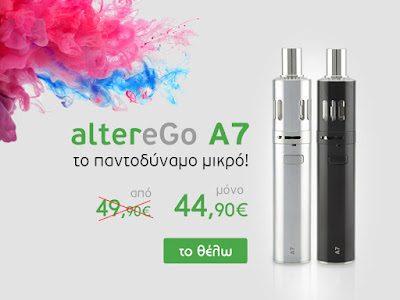 It is made to be small, elegant, discreet and yet very strong? It’s done! Can operate as a normal electronic cigarette, and for cloud chasing you? Can! The Alter eGo A7 is coming to answer…
Read more “