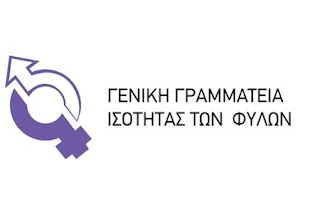 Read the announcement: “on Thursday, 31.12.2015 left from the life the Katy Representation-Papariga, a very important personality in the feminist movement of our country.
From the years after the dictatorship, until the end of her life, fought for years for gender equality in Greece and in Europe. At the same time, he was the head of the Movement of Democratic Women, and of national delegation, member of the European Forum of Left Feminists, the 1990s, and a member of the board.P. the European Women’s Lobby.
The Katy Representation-Roosevelt studied law, carrying out and post-graduate studies in forensics in Italy and France. Also, participated on the Legislative Committee that drafted the law 1329/83, which amended the Family Law.
He served as coordinator of the National Observatory For tackling violence against women”, as well as author of the first National Report for the same issue. He was a member of the inter-Ministerial Committee to address violence against women (2000-2004) and the Committee on Research of the Commission on sexual harassment in the workplace.
Activist, scientist, researcher, author of several books, studies and articles, the Katy Representation-Papariga, will stay in our memory, mainly as a militant lawyer and defender of women victims of rape in all the important trials in which he got involved in the feminist movement after the reinstatement of democracy in our country, but for great action on all the issues of gender-based violence.
As mentioned in the book of Rape -The crime, the trial, the law and the social perceptions
“…as long as there is the fear of rape, it is not possible to expect that can be configured for the rule of Law, where the designation of the sex will not has no impact on the recognition of the contribution of each person, the development of a society that is free from the specifications of the stereotypical roles.”
The rich legacy that he leaves us with the task and the action, adds strength, knowledge and hope in the perpetual quest to achieve gender equality and social liberation of women.
Good of the trip.”