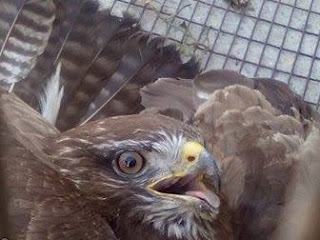 A happy ending seems to have the hassle of a different immigrant, who came by the our island in the last few days, as well as the care of some volunteers made sure of that!
On 27 December, the newspaper received a call from readers in the region of Psili Ammos of Samos, where we reported that a big bird is injured close to the beach and is in danger!
It was a large Buzzard, which for some reason had broken her leg and needed immediate care.
Immediately we asked to Ï€ÎµÏÎ¹ÏƒÏ…Î½ÎµÎ»Î­Î¾Î¿Ï…Î½ to ensure the immediate transfer to a specialist centre for care of wild animals.
So a family (ÎšÎ±ÏÎ³Î¹Ï‰Ï„Î¬ÎºÎ·) make sure and put the buzzard in a cage, feeding it, and the newspaper began a race for the salvation of.
We’ve contacted (E.K.E.A.(G.) National Centre for the Care of Wild Animals on the island of Aegina, where the person in charge of the Centre, mr Giannis Poulopoulos asked us with the first ship to be sent to the animal care Center.
The next day the beautiful buzzard departed with the ship “NISSOS MYKONOS” where at noon Ï„Î·Ï‚Î¤ÎµÏ„Î¬ÏÏ„Î·Ï‚ 29 December Volunteer of.K.E.A.G.from Aegina picked her up and carried her to care.
Yesterday, we contacted the Director of the E.K.E.A.G. mr Î Î¿Ï…Î»ÏŒÏ€Î¿Ï…Î»Î¿ where he told us that the buzzard is very well in health, and it’s coming to our department with a fractured one leg in the Center where it will remain all winter and in the spring there will be a care to return healthy in its natural environment.
Mr. Poulopoulos has told us also that it is a kind of Gerakina, which migrates these seasons from the North of Europe or Asia, and for some reason, hurt without, fortunately, to her life is in danger.
The journal wants to thank especially for his immediate response to the regional Samos mr. ÎšÎ±Ï„ÏÎ±ÎºÎ¬Î¶Î¿ and the personnel of the vessel”Nissos Mykonos” which took care of the wild animal to arrive safe at the port of Piraeus, and the people who took care with their sensitivity, to be saved the particular “immigrant” who came through the island. 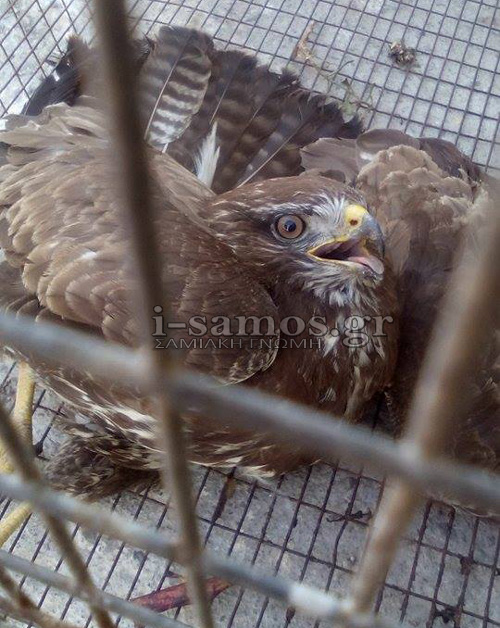 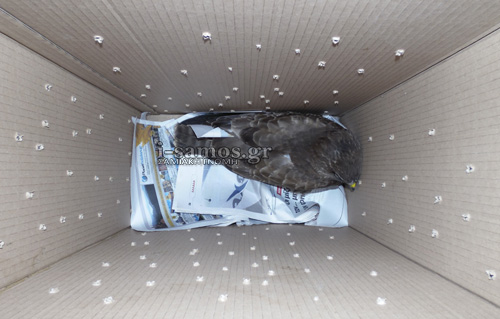 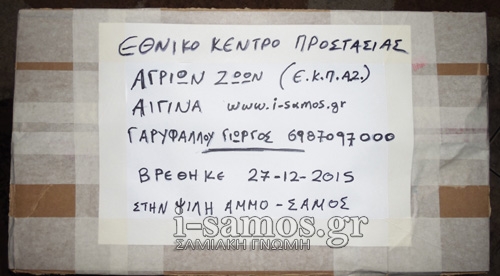