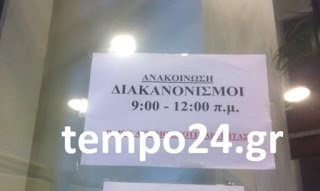 Unbelievable but absolutely true…
Currently, she debtor, visited a few days ago, the headquarters of the PPC in Patras, where, and regulated the debts of the Public Enterprise of Electricity. To his great surprise, however, as it was informed of the tempo24.gr, he was asked by an official to sign a document, on the basis of which, in the case that you find some “unknown” debt to Ppc, then it is obliged to pay..
To a question, where’s this coming from and under what law, is required to sign, the answer I got was that I must submit a written request to the Public Company in order to obtain relevant information on the subject..which it has done.
After about a month received a phone call from a Manager of PPC Patras, Î¿Ï€Î¿Î¯Î¿Ï„Î¿Î½ informed that there is no regulation which provides for the signing of documents which bind the consumer for repayment of any future debt it identifies the Public Electricity Company. Yes, surprised he heard from the other end of the telephone line of the Director to apologize for the inconvenience suffered.
The specific case in accordance with information of the tempo24.gr, is not the only one, as well as daily recorded the incredible scenes of absolute madness in the offices of the public service, while there are few times that indignant citizens almost came to blows with officials. 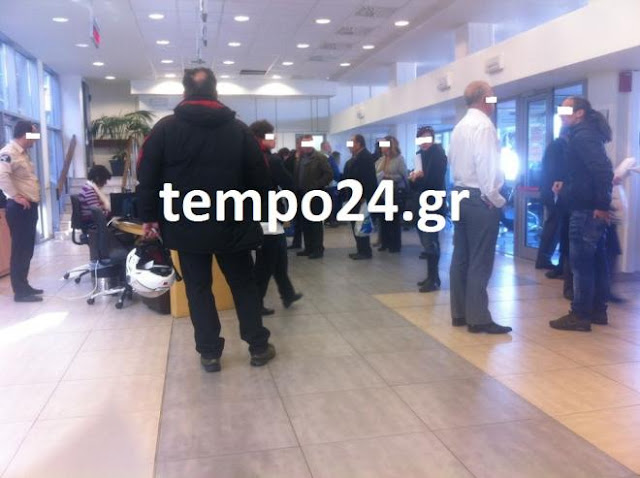 At the same time hundreds of it is the Î Î±Ï„ÏÎ¹Î½Î¿Î¯. who come to the offices of the PPC in the Akti Dymeon for settlement of debts and placing them in a setting that relates to vulnerable groups, but faced with the harsh reality. To qualify for the ÎµÏ…Î½Î¿Î¹ÎºÏŽÎ½ arrangements regarding arrears, you will have to pay on the same day the first dose, most of the times it is impossible to happen, due to the economic suffocation of the households.
Maria Î Î±Ï€Î±Î³Î¹Î±Î½Î½Î±ÎºÎ¿Ï€Î¿ÏÎ»Î¿Ï…
Source