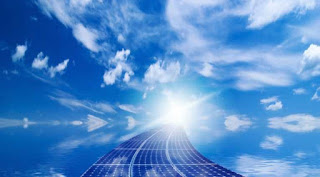 At this time the solar panels produce less than 2% of global electricity consumption, but this…
it will change in the next few decades.
According to a new report from the International Renewable Energy agency (IRENA), the penetration of pv in the global energy mix will Ï…Ï€ÎµÏÎµÎ¾Î±Ï€Î»Î±ÏƒÎ¹Î±ÏƒÏ„ÎµÎ¯ to 13% by 2030 with an installed power that will be formed from 1.760 Gigawatts as of 2,500 Gigawatts of 227 Gigawatt today.
The cost of solar energy is expected to decrease by 59% in the next ten years. The low cost coupled with a favorable regulatory framework can provide the conditions for a dramatic growth of the industry in the future.
The report of the IRENA focuses on the technology, economic considerations, applications, infrastructure, policies, and the impact of the penetration of pv.
In terms of power, photovoltaics is the fastest growing electrical generation source with a 20% on the total of new installations in 2015. The last five years, the power was increased by 40 Gigawatts in 227 Gigawatt. By comparison, in Africa the total installed capacity of power generation, regardless of technology, amounts to 175 Gigawatts.
The cost of solar electricity ranges from five to ten cents of a dollar per Kilowatt-hour in Europe, China, India, South Africa and the USA. The 2015 were a new record low prices in the United Arab Emirates with 5,84 cents/kWh, Peru (4,8 cents/kWh) and Mexico (4,8 cents/kWh). In May 2016, at an auction of photovoltaic in Dubai tabled an offer for sale of solar energy, compared to 3 cents per Kilowatt-hour.
The solar panels account for 50% of the investments in the sector of Renewable Energy Sources. In 2015, the investments in photovoltaic systems on the roofs amounted to 67 billion. $ 92 billion. dollars for photovoltaic large-scale and 267 million. dollars for applications outside the network.
Today, the value chain of the solar energy employs 2.8 million workers in the fields of construction, installation and maintenance, more than any other RES technology.
The solar power generation already reduces carbon dioxide emissions by 300 million tons per year, a quantity that can reach the three Gigatonnes by 2030.
To make the prediction of 13%, the annual installations of new power will have to more than double by 2030.
According to the report, “Letting in the Light” of IRENA this can be achieved by a revision of the existing legislative framework in the light of the new technological innovations, with state support Research and Development of solar technology, with the application of a common framework development of the industry on a global scale, with the implementation of structural changes in the market and with the adoption of technologies related to smart grids and storage of clean energy.
Source