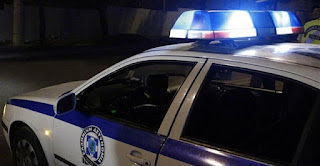 A provincial cafe in Diomidia, of the Municipality of Avdira Xanthi, put…
the eye unknown so far, the perpetrators who, in the early hours of Monday broken into in violation of the main door of the store.
The perpetrators managed to get into the cafe without being noticed, causing damage to the entrance of the store while they headed for the cash machine which made a mess in search of money. Then grabbed a large modern tv that was inside the store and fled.
The owners of the cafe, they realized the theft Monday morning when they saw forced open the door of the store and found the absence of the tv. About the incident informed the Police and staff of the Department of Security was found in the cafe for the fingerprinting, investigations of Principles for the identification and arrest of the perpetrators are in progress.
Source