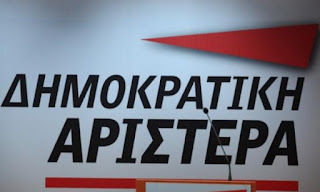 Read the announcement: “Finally, the prime minister twelve months later and… still has not understood the international balance in the economy and the way of negotiation to protect the interests of the country repeating even today the same mistakes as the previous time. Besides these 12 months, do the contrary to what was promised and led the country to the devastating control of capital in banks and in a painful memorandum, to come to the anniversary speech to say that all is well serviced and to distribute responsibilities to all the others except the rulers. Of his political opponents until their former comrades who abandoned him, but also in the interweaving, the interests, the speculators, the bad journalists.
With divisive speech, and, without a word of self-criticism, has once again tried to make the black â€“and-white. He wanted to convince you about so-called class aspect of policy in favour of the underprivileged. Unfortunately, however, contradicted daily by the same policy. The speech proves that he has understood that the country will not emerge from the crisis with Ï€Î±Î»Î±Î¹Î¿ÎºÎ¿Î¼Î¼Î±Ï„Î¹ÎºÎ­Ï‚ methods of rallying partisan audiences, but only with truths, effective policy and structural reforms.”