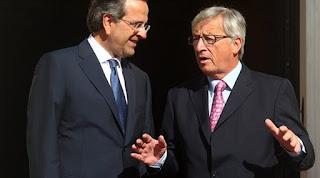 Mr Jean-Claude Juncker received today in Athens, the european Commissioner for…
Migration Dimitris Avramopoulos. At the working lunch, this gave the former prime minister Antonis Samaras who had a detailed conversation with him on topics of Greece and the government. Mr. Samaras commented on issues with mr Juncker where it should be noted that links them long friendship from the past.
Mr. Avramopoulos said to Jean-Claude Juncker “are You a friend of Greece, and Greece is your friend”.
Z. K. Juncker is already in Greece and as it is known will have meetings with prime minister Alexis Tsipras and the President of the Republic, Prokopis Pavlopoulos. 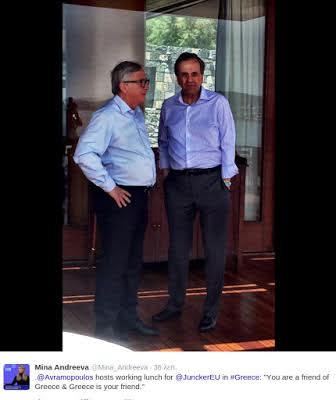