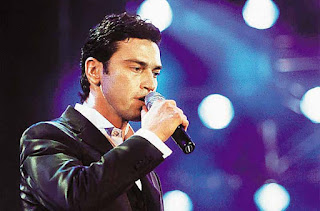 I could never imagined that Mario Frangoulis has made late nights partying or abuse and that it has received… bullying you? And yet, he reveals himself by talking about all in one interview – confession.
Have you ever felt in captures your image?
“To you, for example, to swear and to think of what people will say around you? The truth is that I want to maintain a seriousness in front of the audience, I don’t like to give permissions… Maybe this is due to the fact that the school had handled various situations, I experienced bullying…”
Bullying you? For what reason?
“I was very little and the other kids, the bigger, pushed, beaten with reeds… Also, the fact that they had broken up my parents and say, “you’ll get my aunt to pick me up” was enough for some kids to make fun of me that I don’t have a mom and they make me feel different. It was a terrible, racist attitude…”
Children are innocent, but sometimes very hard.
“Yes, very hard, too hard. That is why growing up I wanted to be right, serious, just, Without, of course, to allow anyone to tell me who I am and how I should live my life”.
Bad-ass you did when you were a kid?
“Of course”.
And abuse it?
“Of course”.
Like what?
“And clubbing until dawn and, like, crazy.”
The happy memories of your childhood?
“Very. The it was very nice because my aunt and my uncle had an intense need to be noticed, because they themselves have not had children and have a responsibility to my mother and to my father. At the same time they saw me I was a lively kid, he loved life, breaking whatever was around because I was dancing, I was playing roles, I was pulling the curtains…”
Strict was he with you?
“Yes, of course. They wouldn’t let me do whatever I wanted and, of course, with fighting when I was cheating. But I would say that generally were spoiled”.
Source