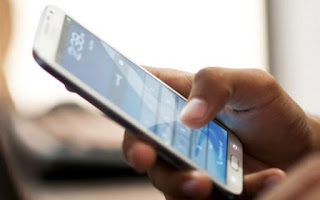 Two years after the acquisition of Motorola from Google, Lenovo decides to proceed with a re-branding of the company, something that is confirmed in the context of CES 2016.
In the following, the most expensive smartphone of the chinese manufacturer will be christened “Moto by Lenovo” but will maintain the characteristic M on the back. The most affordable smartphone of Lenovo will be called Vibe, and the name of Motorola will be used, in matters relating to general ÎµÏ€Ï‡ÎµÎ¹ÏÎ·Î¼Î±Ï„Î¹ÎºÎ® of activity. The decision of the Lenovo became known in an interview with the Chief Operating Officer of Motorola, Rick Osterloh, in an interview with CNet, in the context of CES 2016.
Motorola was acquired in 2011 by Google, a decision that was attributed to the effort of Google to shield legal in all manufacturers of phones with its own os, Android, against attacks on the use of various patented technologies. Indeed, after tending to keep the huge patent portfolio of historic Motorola, Google sold the manufacturing division phones, Motorola Mobility, willing Lenovo -which had previously acquired, and the department of PC and later, and server of the legendary IBM. Before being sold to Lenovo, Motorola boasted about the first smartphone “Made in USA”.
To 2015, the Motorola Mobility to examine the construction of modular, upgradable, assembled smartphone and consider it overpriced the Apple iPhone. The smartphone Moto released after the acquisition by Lenovo have been characterized as highly reliable and affordable luxury, a fact that justifies the decision of Lenovo to associate the name with the Moto.
Source