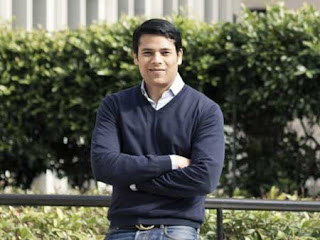 Almost one-third of Americans have no contact with their neighbours, partly because of lower levels of trust, according to a report…
The social network nextdoor, and the Ceo and founder Nirav Tolia tried and managed to put an end to this trend, connecting people with issues including security, of finding a babysitter or the sale of a used sofa.
After the promise of the last two years for international expansion, Nextdoor, the social network for neighbors, lay the foundations for ‘open’ and abroad.
The company is expected to bring the service of the social network in the Netherlands in early 2016, according to Business Insider.
The “Nextdoor” has now been adopted by 50% of all neighborhoods in the USA. The company has always had ambitions to bring the service in neighborhoods around the world,” said Nirav Tolia. “We are in search of different countries for the extension and we will make official announcements for 2016,” said still.
The social network had promised an overseas expansion.
In 2013, the site would be directed to Canada, South Africa and the United Kingdom, and in 2014 will be followed by Brazil and Japan. The international expansion was not implemented during the next two years, but that didn’t seem to slow down the attract investors.
The company garnered from the markets for $ 110 million in March 2015, reaching the valuation of the social network at $ 1.1 billion.
Source