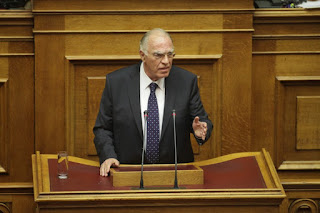 The disagreement in the draft law for the insurance…
expressed by the president of the Union Of the, Vassilis Leventis, after the update that was from the minister of Labour and Social Security and Social Solidarity, George ÎšÎ±Ï„ÏÎ¿ÏÎ³ÎºÎ±Î»Î¿.
As stated by mr. Leventis at the same time that there are two million unemployed, and farmers with 300 euros per month and pensioners to get these amounts, there can’t be multiple pensions in the order of 3,000 euros or main pensions of 2.200 euro.
“We don’t have to be convinced to support the insurance. Even if you insist that the government, for us it’s one-sided crush. I’m afraid that I don’t square the circle,” said mr. Corker.
Source